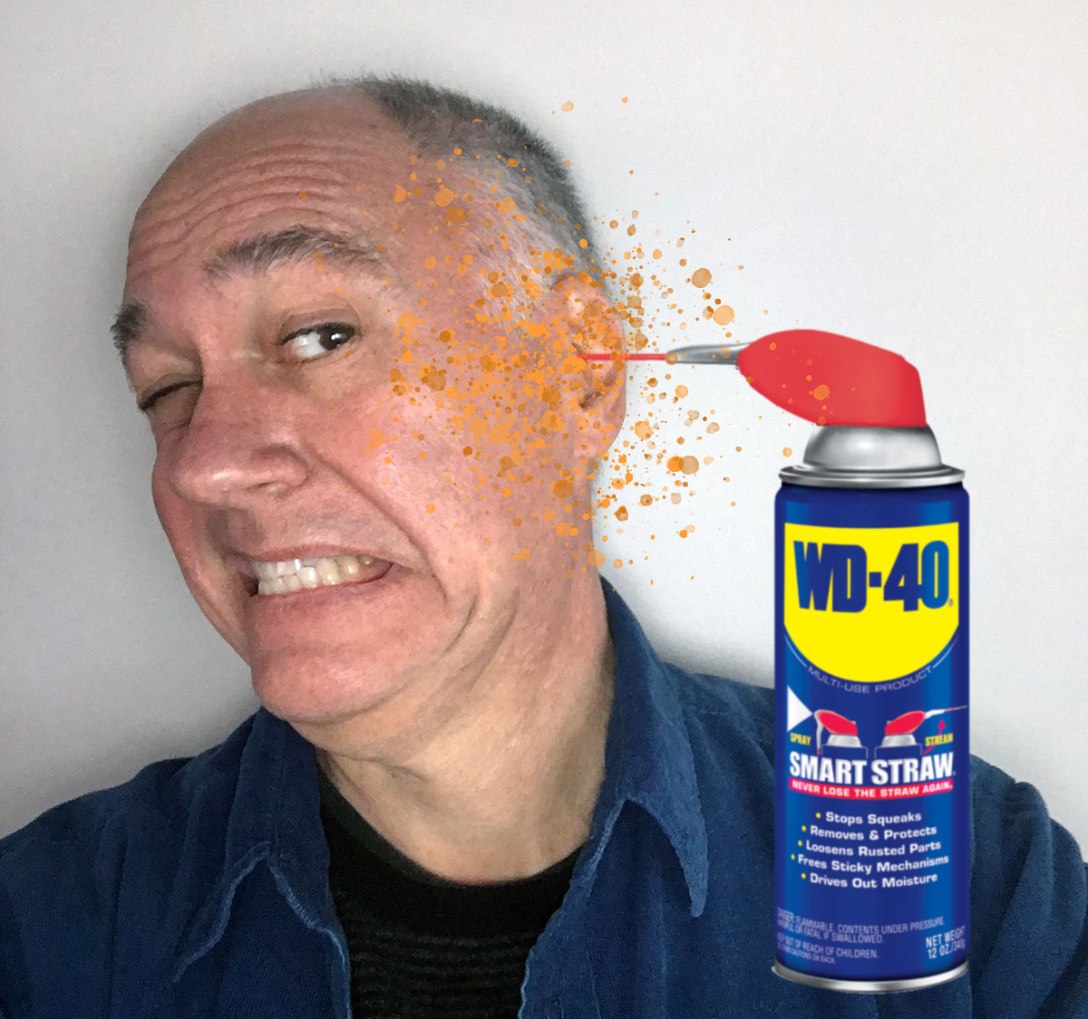 A couple of years ago, I looked in the mirror as I struggled to button my trousers and said, “You fat bastard, get to the gym.” I dutifully signed up for a gym membership, got a trainer and vowed earnestly to show up. My initial physical assessment was depressing. I was fat indeed. But, energized by novelty, I showed up at my first appointment with visions of a lithe me doing handsprings in my head.

God, it was grueling. I was red faced and puffing a few minutes into the session. I clearly had an awfully long way to go. How would I stick to it rather than retiring to a pint of ice cream on the couch? The financial commitment was somewhat helpful; I’d optimistically bought an expensive package of training sessions so I couldn’t very well blow it off outright. Instead I just started to space the sessions further and further apart, from three weekly sessions to one that I managed to fill with chitchat rather than cardio.

Imagine a little red wagon full of fat sitting on top of a hill. Rolling those first few inches takes more effort than you can imagine. Inertia is a real drag. But now imagine that the axles of that red wagon are rusted solid, the wheels crusty and locked. And then imagine that the scrawny kid who’s supposed to push the wagon down from the top of the hill would much rather be at home, on his Xbox.

Last spring I went to my doctor for a physical and he said, “You fat bastard, stop eating and get to the gym — or you’ll die too young.” I started intermittent fasting, doing cardio, and lost 30 lbs. My doctor’s voice was a lot more motivating than my own.

Also, I discovered that fear is a great rust remover. And once I’d set my eyes on the horizon (i.e. avoiding death), the initial struggle of getting used to not eating and much sweating was overcomeable. Buh-bye, inertia.

But this is not a diet blog so let me get to the point. And the point is, getting back to writing my blog.

When I started this blog, fifteen years ago, it was to amuse my friend Richard Bell. Richard had and has his own most excellent blog, Wild West Yorkshire, and I thought it would be quite nice to do something similar but more modest in ambition. The stakes were low, so it was pretty easy to get the wagon rolling.

Over the ensuing decades, I have gone through occasional fallow periods with very sporadic posting and declining readership, and then returned with zeal and trumpets, usually breaking my silence with a long, self-flagellating post about why I stopped blogging and why I was going to truly start again, including an unrealistic promise that I’d be writing at least once a day from here on out.

I am now at the edge of another such desert, stretching behind me over a year, broken up only by intermittent video and podcast posts and ads for bits and bobs. Let the trumpets sound once more.

My excuses to myself for such a long stretch of unproductiveness have been legion: No one reads blogs anymore. Sketchbook Skool is now my creative outlet. I have nothing left to say. And so on.

It’s probably true that I stopped writing because I was busy with other stuff but not that busy so I would stop all together for ages. But the problem wasn’t that the wagon was heavy. It was that it was parked. As as it sat there, the wheels grew rustier and rustier. Inertia seemed to metastasize. And the very idea of writing seemed overwhelming.

I start small. But I start. Take one step. Lift one barbell. Skip one burger. Write one blog post.

It’s not easy. Writing that first post means creaking out some very rusty words. My fingers are stiff. So are my sentences. The thesaurus in my brain is dusty. And of course, my inner critic, the monkey, woken from a long slumber, begins to squawk in a hoarse voice. But heeding him will not help me break through the inertia and the rust. I must push on.

I expect nothing from each step I take. I do it for its own sake. I dig deep and try to find the pleasure in the act itself rather than in the result. I relish the sweat, the pain, the clumsy lines, the wrong words inching onto the screen. I think incredibly long term if I must think of the end at all. I won’t be daunted by how distant the horizon seems or let the gradualness of my progress dissuade me from taking one more step, writing one more line, eschewing one more french fry. The goal is to overcome inertia. To shake off rust. To inch the wagon down the hill until the forces of gravity and habit start to help me roll once more.

Those of you who have been longtime readers may notice that I have done some long-overdue housekeeping in preparation for the onslaught of posts I anticipate. The design has been simplified, the detritus that cluttered up the right column has been expunged, and I’ve added a few widgets to encourage you to delve into the archives. After 15 years of blogging there is a lot of accumulated crap in the basement but I have assembled some one of the pearls under the header category “Best Of“. Feel free to re-read them, share them with your friends, and have them tattooed on your body.

If my workshop doesn't seem your cup of tea, let me know why. I still have time to change it! If it does, learn more about it at https://bit.ly/dannydip
My prodigal podcast, art for all, has returned, with a sheepish grin and a suitcase full of new episodes to be served up every Monday. Have you subscribed yet?
I wasn’t sure if these chalk markers were my cuppa tea. But they are kinda tasty.
A squid drawn in ink. Get it?
My peeps.
Sketchbooking down Memory Lane. #sbsdrawwithme