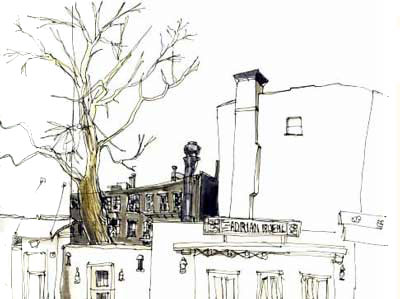 Celebrating Bastille Day by drawing Louis XVI. Watch me do it on Draw with Me: https://youtube.com/watch?v=WsIJjPSQXx4
Happy Bastille Day! Join me tomorrow at 9 am PT on Draw with Me to celebrate and draw Louis XVI! https://youtu.be/WsIJjPSQXx4
Yesterday, I drew a tree.
Tomorrow is National Frog Jumping Day. So today I drew this guy. We’ll see if he jumps tomorrow.
Good dog.
This week I taught a class on Illustrated journal keeping and how to incorporate your photography and writing. Give it a try!