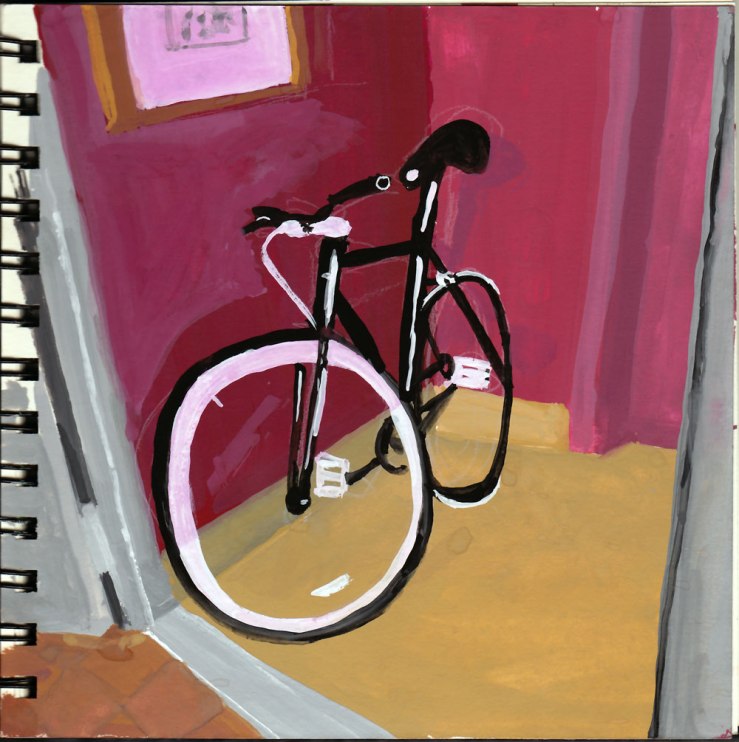 I painted this yesterday but tried to take my time in developing it rather than rush to scan and upload it. I made it with gouache and drew (most of) it freehand with a brush.  I am replacing my habits developed over years of watercoloring with the approach I used when I was a teenager and first started painting in acrylic. I find gouache quite challenging because I can’t layer color which so often helps me hid my mistakes. With this opaque medium, I have to lay down the color and be satisfied with it before adding the next and it can be quite annoying. I’ll try to explain more about this by showing you a couple of steps I took. 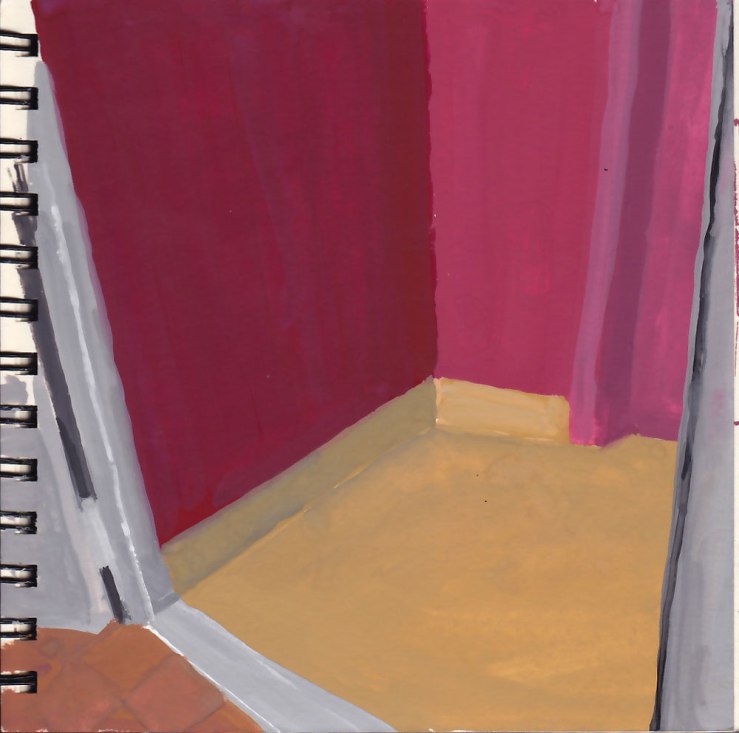 First I painted my vestibule, using flat colors and with little indication of lighting. This was fairly straightforward once I had  a grip on the perspective and I just mixed up a color and then created  a lighter version to make the lighter part of the wall or floor. Probably the hardest color to mix was the parquet floor in lower left just because I had to figure out how to make a darker brown using only yellow and an ochre and blue. 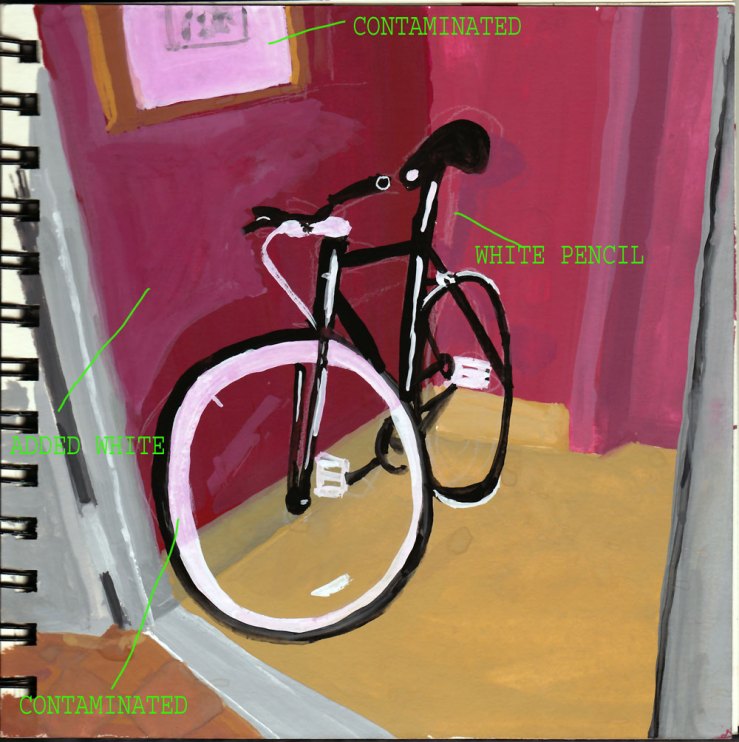 When it was good and dry, I lightly sketched in the bicycle. Then I painted it in with black and white gouache. As you can see, the red wall started to leach into the white of the tires, so I let it dry and added another coat of white which helped a bit but not completely. I wanted to add a bit of the shadow that the bike threw on the wall but  didn’t want to paint around the bike to add a darker red so instead I tried to lighten the rest of the wall with a bit of watered-down white.

I don’t know if this painting is done completely. I should go in and erase the white pencil lines, darken the tires and hit the white one more time to get rid of the pink — and maybe I shall. I also fought the impulse to scrawl a caption on the floor with my dip pen (both Jack and Tommy Kane urged me to just leave the damned things as it is) and I remain of two minds about it.

Before I began painting, I spent a fair amount of time looking at the work of Taliah Lempert, an artist I have always admired, who does nothing but drawn and paint and make prints of bikes. Her work is really lovely and instructive.