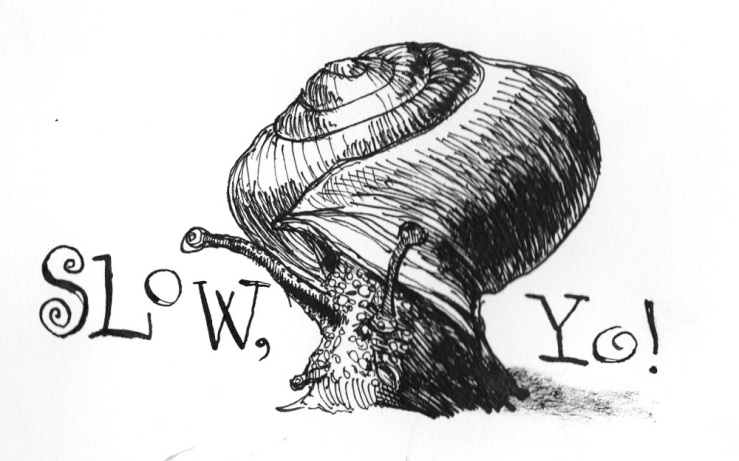 My mother just sent me a link to a site documenting a journalist’s trek on foot from southern Africa to South America (I’ll give you the link in a minute). This isn’t just another endurance stunt —Paul Salopek is a Pulitzer Prize winning writer for National Geographic so his trip is all about science and journalism. He started earlier this year and will take seven years to complete the odyssey.

I have always been fiercely attracted to this sort of epic journey.

A few years ago, I was in thrall as my pal, d.price, rode his recumbent bike some 5,000 miles from Eastern Oregon to Key West. I loved Travels with Charley and On the Road.  Kon-Tiki by Thor Heyerdahl (finally a movie!), Bill Bryson’s Appalachian trail book, A Walk in the Woods, Cheryl Strayed’s Wild. The Happiest Man in the World by Alec Wilkinson describes Poppa Neutrino’s quest to build a boat out of garbage and sail it across the Atlantic. Mike McIntyre walked across the country with no money and relied entirely on The Kindness of Strangers (which is the name of his amazing book about the trip). The list goes on.

Ten years ago, I wrote a proposal for a book in which I’d follow the original epic travel journalists, Lewis and Clark, from St. Louis to the Pacific. I was going to adhere to their path and record the differences the couple of centuries had wrought. My editor said, “Make the trip, write the book, and then we’ll see.”  I didn’t. Life got in the way. Good thing Jefferson wasn’t counting on me.

Recently, Jenny has been urging me to drive across country with our dogs. I am sort of intrigued by the idea. Pros: 1. It seems romantic and epic and larger than life. 2. This is the perfect time of year for it. 3. It would be a great symbolic start to my life on the West Coast.  Cons: A) I don’t have a car. B) I think taking the dogs would make this a really bad idea. C) This is really her fantasy and she’ll already be across the country in her office in LA while I check into a long string of Motel 6s. For now, the cons have probably won but I still like the idea a lot, particularly if I could get a travel companion who I could stand to sit next to for a couple of weeks and who would be willing to stop and draw along the way.

What intrigues me a lot about Paul Salopek’s journey is its emphasis on slow. He is taking seven years (!) to do this because he really wants to absorb the world as he goes. And he is looking for people along the way who are also seeking slowness in this madcap, speed obsessed world.

I think that’s the right thing to look for. Boy, it’s hard to slow down. I sat in the park this morning with my dogs and did a drawing. It was a small drawing, just filling a little box on the page, but I had to catch myself mid-way because I was tearing through it, barely looking at the arch I was drawing, just scratching out hasty, inaccurate and ugly lines. What the hell was my rush? It’s Sunday morning, I have nowhere to be till brunch, everyone else is sleeping, and yet I am belting through this drawing as if I was in an Olympic event. If I was Paul Salopek, I’d probably be half way to Rio by now.

Even though it’s been several weeks since I left the rat race, I still have my rat cleats on. I can feel it in the need I still have to accomplish things, to generate product, to log hours on my calendar. I so very much want to focus on the journey, the process, not the finish line but all these decades in the business world, in New York, still have me panting and pushing. I remind myself: I am on an epic adventure that will probably take another few decades to finish (in fact, I would like to push off the ending as far as possible) and what matters is the daily walk through life — the things I see, the people I meet, the lessons I learn.

If I’m really honest with myself, the reason I am not driving across country with my dogs is that the monkey is telling me I need to get to LA and start getting on with it. There’s no time for meandering and roses sniffing. I need to set up shop and start making something of myself. The monkey is wrong, again, of course. I make something of myself every day. It may not be something that can be direct-deposited, it’s true, but it’s also something that can’t be accelerated. Step by step, day by day, eyes open, head up.

Here’s the link to Paul Salopek’s journey.  (I have put off giving it to you till the end of this blogpost for fear that you would rush off to read it and never come back to finish my blather. Clearly, I am better at slowing you down than I am at putting my own brakes on.)