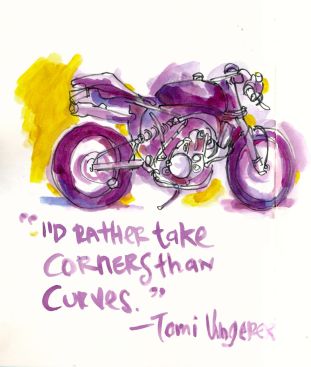 Tonight I was thinking about the story of my life. The story that began when I was born and then certain things happened. My parents did certain things, my family was a certain way, we lived in a certain place, I went to certain schools. That was my childhood. In some ways, it was like other people’s childhoods but in other ways it wasn’t. But it was the only childhood that I had.

These were all important events in my life. But they were one-time events and I will never have them again. All these events were difficult to judge and put into context at the time. Things happened that seemed incredibly important at the time but now I don’t remember them at all. Whereas other things that seemed trivial have remained with me for decades since.

What I was thinking about tonight was, I guess, this finite quality of my life. Not death, the end, but just the whole arc of my life. Right now I am at a certain point in my life. It feels like it’s probably the middle of my life but I don’t know that for sure — I could be a day away from the end. But assuming it is the middle of my life, I can’t necessarily look at it and see how everything that has preceded it has led to this point. It feels sort of like progress but also somewhat random.

Looking back at those events in the past that had either a significant impact on me or were completely forgettable, I’m struck by the fact that they are so difficult to assess. I look at things that were clearly watersheds, like getting married, having a kid, losing a loved one, but all those events turned out to have a different meaning than I thought they would have the time. It’s just proved impossible to chart the course of my life or even understand it as it unfolds.

So I could look at this very moment, sitting here, a certain point in the summer, when certain events have happened or changes took place, and I can imagine that I could look back on this time and see it for something or other, but right now I have no idea what that is.

The only meaningful way to look at your life is twofold. On one hand, this big sweeping story: I was born, I lived my life, and then it ended. Or the minuscule: one day at a time, one hour at a time, putting down the events of each day in my journal, I ate this for lunch, I talked about that with my friend, I bought new tires, I discovered a lump, I found five dollars on the street. I can’t tell whether it matters, or why, or how much, I can only live through it. And thinking about the big picture reminds me that this is the only time that I will have today, and because I don’t know what role or purpose today will hand I should try to live it fully.

Perhaps this is all just a trite observation. But tonight it struck me that my life is like a TV show and I can pause it and see how much time has passed in the episode so far, but I can’t tell how much time is left. I can look back on what has happened in the episode so far but I can’t change any of it. And what is to come may or may not have as much excitement or laughs as what has transpired so far but I plan to watch the rest of it regardless.

When I look back at what has happened so far, it’s again that feeling that that was my one childhood, that was my one adolescence, that was my one first job, and that’s it. It can make life seem fleeting but it can also show the importance of each one of these sections, including the section I’m in now. And when I think about the uniqueness of this period I’m going through, it makes me want to get the most out of it, to not take it for granted but to live it deeply, richly, cause this is the one I have. ‘One Life to live’, so I guess in the end, yes, the conclusion is trite. But somehow, tonight, that didn’t make It any less true or less important to think about.

Oh, and I know my blog looks different, You’ll get used to it. So will I.