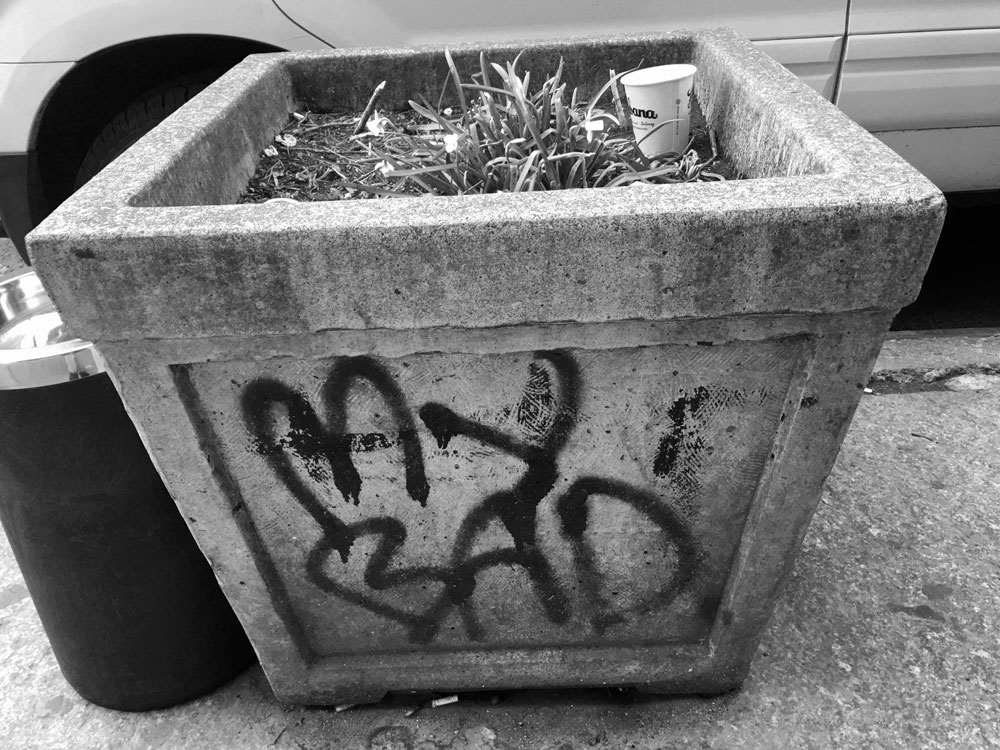 Dianne wrote to me the other day. She’d never written to me before but I’d made her do it. She said:

Where Are YOU? I’m putting my foot down now. Summer break, ok. The end of the world as we know it, hey, please shine a light. just a wee one. A scribble in a pen that intimidated you, view out the window, your dog’s butt. No pressure, but moments of creativity just feel very important at the moment. My own, and those who are part of my psychic wellbeing. Sorry man, but you blog, you take on responsibility.

I stammered that I’d been really busy, that I was working on a bunch of new things, traveling to film stuff for Sketchbook Skool, and that I’d been doing Facebook live events every day, blah, blah. But I didn’t really tell her the truth.

And the truth is I’ve become hesitant.

This has been going on for a while with me, this impulse to pull back. Instead of sharing things, I amass them, filling up my hard drive with ideas, drafts, sketches, but not going the final step to finish and launch them.

I started this hesitancy last summer when I rented a studio, made a bunch of paintings and was then coy about it all, hesitating to write about what I was doing or share more than a glimpse of the work.

The monkey had a hand in this reticence. He said that none of the things I was doing was especially impressive and that maybe if I kept stockpiling them, their lack of quality could ultimately be masked by their quantity. Of course, that wasn’t true. I never made an especially significant number of bad paintings and ultimately had to just release the results candy coated in some baroque musings about the creative process, as if my handful of Sunday paintings was some earth-shattering exploration to deep wisdom.

Then I started working on a project that had pretenses to be a definitive exploration of the creative process. I did a fair amount of research and took a lot of notes which boiled down to a grubby handful of one-liner bon mots. Each was to be the basis of a short piece, maybe a chapter in a book, then more modestly an epic series of blog posts. then, after reading so much about the demise of blogs, I decided they should be little videos instead and I churned out a handful of scripts, shot them —and promptly sat on the bunch.

Then I decided that the quality of the ideas wasn’t so inadequately that I should make the videos less off the cuff to mask their inadequacy. So I tried making them more elaborate — but still they lurked in a folder. I almost shared them with my wife a few times, but then demurred again.

Then I started doing daily calligraphy videos on Facebook. These were initially fun to do, but then I worried they were no more than evanescent
trifles and stopped after a couple of weeks.

Meanwhile, my absence on the scene began to intensify my hesitation. I felt like I had to do something really cool or far-ranging, some awesomeness to make up for my indolence. That just made it heavier and heavier.

And, while I and my ego and character flaws bear the lion’s share of responsibility for all this balking, 2017 has not made it any easier. For the first time, I have really felt I had to watch what I say online. I have seen so much rage on the internet over the past few months, so much intolerance on all sides, so much fearful obstinacy, that my own tongue has been increasingly tied.

In the past, I’ve always liked to casually toss out the occasional extreme, not very well-thought-out idea, but the consequences for doing so have never felt higher. Sure, a reader or two has deleted me from their feed over the past decade and a half because I took a weird stance on something or other, but these days, it seems like whatever I do could end up on my permanent record. That’s not just self-aggrandizement; I think we are all a little paranoid right now. These are strange times indeed.

But the real fault lies with me. With my surrender to my inner critic and his incessant alarm ringing. With my harsh self judgement. With my short attention span.

So if you wished I’d write more, I think I shall. But I hesitate to promise anything. I’ve rarely live up to those pledges in the past.
I think I need to regain my confidence in what I am, what I have to offer, and in what is important to me and to you.

So thanks, Dianne, for the boot in the ass. I hope to pay you back in kind.

I’ll be teaching a live workshop here in Phoenix, AZ on Nov 17th. It’s called “How a Sketchbook Can Change Your Life” and it’s the first in-person workshop I’ve taught in years.
Celebrating Bastille Day by drawing Louis XVI. Watch me do it on Draw with Me: https://youtube.com/watch?v=WsIJjPSQXx4
Happy Bastille Day! Join me tomorrow at 9 am PT on Draw with Me to celebrate and draw Louis XVI! https://youtu.be/WsIJjPSQXx4
Yesterday, I drew a tree.
Tomorrow is National Frog Jumping Day. So today I drew this guy. We’ll see if he jumps tomorrow.
Good dog.