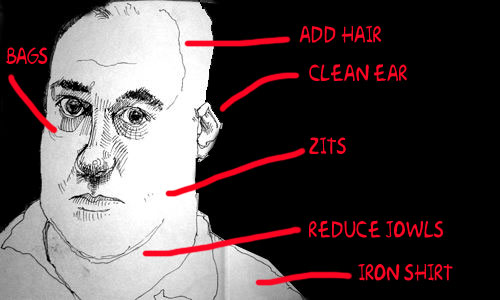 Let’s face it, one of the most important parts of making things lies beyond our ability to control — other people’s reactions to our work. Right?
“Hey, mom, look what I made.” That’s wonderful, let’s hang it on the fridge.”
Or “What is it now? Can’t you see I’m on the phone?”
It’s one of the most difficult parts of being a creative person. Not the fun, satisfying, unfurling of an idea, but the cold crickets that confront it or the “yes, but” of the professional critic or the form rejection letter or worse the anticipation of rejection that stops the egg from ever even popping into the nest.
We may not make it for others but a work is not fully realized until it bounces off another’s eyeballs, vibrates their eardrums or rearranges some of the cells deep within their corpus callosum.
And praise can be as insufficient as a shrug. We don’t just want a pat on the head; we want connection, reaction, insight, something that makes us see what we made in a newer light or on a deeper plain. Knowing we moved someone else, revealed truth to them, reminded them of something we didn’t even know corresponded, that makes us love our work all the more. Love it and wonder at it, at the fact that we were the conduit for it, that something passed through us and then passed through another heart. It dissolves the loneliness of existence.
Ideally, our art is the truest manifestation of our conclusions about the nature of things and when someone else sees it and validates it and shares it, the power of that truth is reflected back on itself like an endlessly repeating mirror.
That’s why rejection hurts, because, yes, we feel our efforts are wasted, and, yes, that we don’t matter and, yes, we didn’t make a ripple on the surface of the earth, all true. But mainly because we wonder whether the magic we found is really magic, whether the revelation we thought so profound was just a single serving glimmer of something too puny and insufficient to be shared, a whistle in the dark, not a full-blown hallelujah chorus with kindred spirits chiming in.
The true value of acknowledgment isn’t registered in the ego; it’s the opposite, a breaking down of the barriers between creator and audience so that we can unite in a shared appreciation of something that lends beauty and meaning to the grinding metronome of the day. We see a glimpse of the heavens together, a view that appeared to one of us first but is now a canopy over us all.
It’s even true of a joke, a shared laugh, the quick bark of recognition that our minds thought alike, we saw the other’s insight, and we were able to escape together from the smooth ivory prison of our skulls for a moment.
When I hear from people who like my work, or more importantly found something in my work that made their day a little brighter, I like my work more too. And when a reader has an insight or can tell me of a particular sentence that strummed their strings, I have insight into where to go next, into what matters in what I’ve done.
And conversely, of course, if my work pulls up lame and doesn’t find much of an audience, I wonder where I went wrong or why I thought something was worth my time but proved not to be worth anyone else’s.
So to all of you who have read my books or thought about my work and then have had something either nice or, even better, something honest to say about it, thanks very much and please know that it’s those sticks and carrots that are the kindling for works ahead.