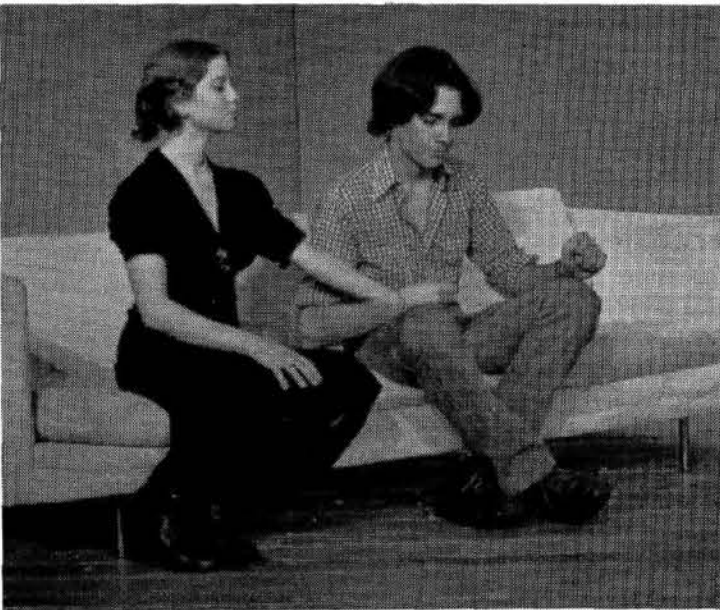 edw1. In this morning’s paper, I read Edward Herriman’s obit which mentioned that he had appeared in a play called Moonchildren by Michael Weller. That sounded familiar to me but I wasn’t sure why. Something to do with high school?

2. I googled “Moonchildren” and the initials of my high school. An article appeared from our school paper about the controversy around the school production because the play used obscene language. Listed among the cast: my name.

3. I found a copy of the play online, read through the characters and one of them stood out like a beacon. Norman, a character who declares he is going to set himself on fire to protest the Vietnam War. I realized I still knew most of Norman’s lines by heart. I had played him at 1 5.

4. My high school paper also had a review of another play I was apparently in, Impromptu by Tad Mosel. I remembered this one vaguely. I played an idealistic and brave young man who tried to overcome the cynicism of the other characters.

5. Next to the review was an editorial I had written, excoriating the school’s administration for making students do janitorial work, especially when the unemployment rate was over 10%. Around that time, I had established a Marx-Engels study circle and was adamant about workers’ rights, particularly if violating them forced me to sweep the stairs with an uncomfortably short-handled broom.

Unexpectedly, Edward Herriman’s death had some unexpected repercussions on me as I contemplated the new year from my snug bed. The main one is a new vision of myself as an adolescent.

Though I often think back to those days, they are  a little hazy. I had just come to the USA a couple of years before, after several years speaking just Hebrew, before that go to a number of schools in Pakistan and Australia. I have always assumed that I was probably a hopelessly awkward dork lurking on the edges of the crowd. The fact that I had plum roles in four or five school plays and was usually chosen to play a naive, idealistic youth suggests something quite different about how I was viewed by the students and teachers. I am now starting to see that I was actually a part of a circle of artists, actors, and writers, a political idealist and a bit of a firebrand.

My point in starting off the new year with this story is not just to stroll down memory lane. To me, it’s about the importance of art-making, risk-taking, and preserving our cultural past. My little example shows us how art can crystallize who we are and how important it is to preserve that for the future, not just so we can create memoir, but so we can have a clearer sense of the inks between us, of the unreliability of memory, and that we never know when one insight will connect with another to create and reveal something new.

It is so important to allow our creative expression to go where it will, not to control it and lock it into the compartments and definitions we think suit it today. What I thought about art-making in general or particular at fifteen and what is think about decades later is one thing or another, but the art itself, as the Romans pointed out, is long while life is increasingly short.

9 thoughts on “Smoky memories of setting myself on fire”

In September, I had this crazy idea to make an animated film. I had no idea how to do most of things I'd need and It seemed impossibly laborious. I just finished it and hope to share it with you very soon.
I have learned so much about so many things in the process of working on my new animated film.
Here are a few more scenes from my upcoming animated film. I have learned an enormous amount in the process of developing this project. I am looking forward to sharing it with you in the weeks ahead!
Over last four months, I have been working on my first animated film. Here are some scenes — I hope to release it in the next few weeks.
Celebrating Bastille Day by drawing Louis XVI. Watch me do it on Draw with Me: https://youtube.com/watch?v=WsIJjPSQXx4
Happy Bastille Day! Join me tomorrow at 9 am PT on Draw with Me to celebrate and draw Louis XVI! https://youtu.be/WsIJjPSQXx4