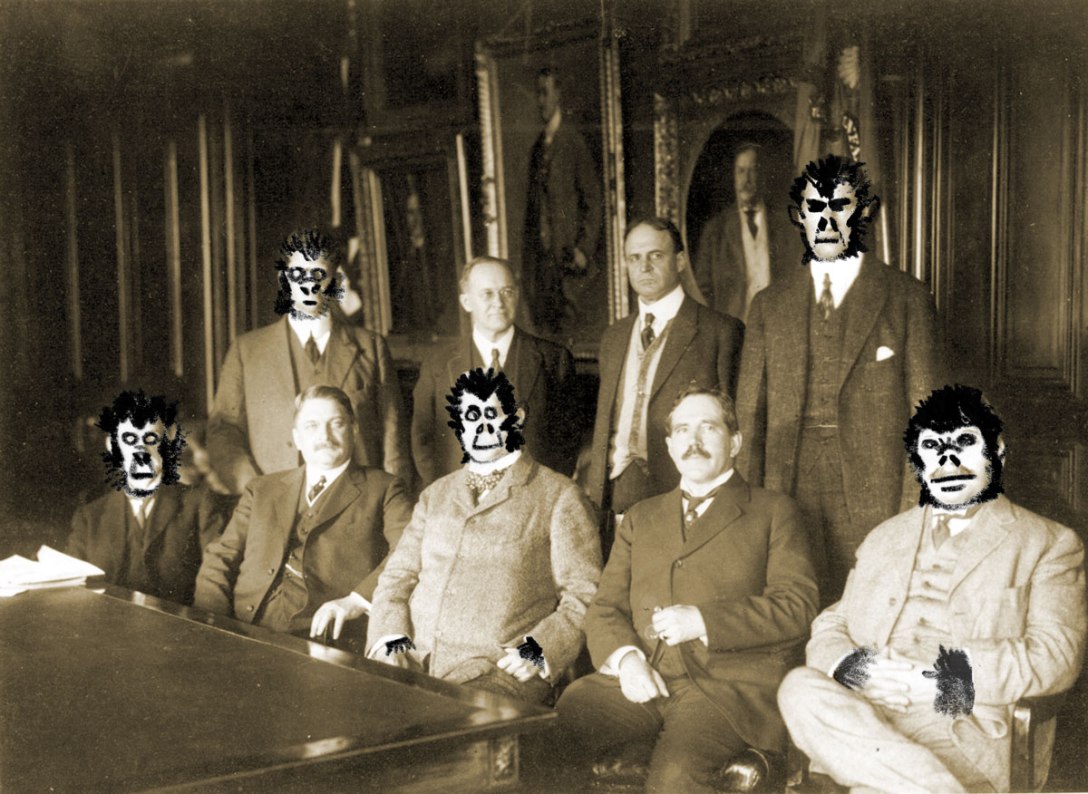 After months of preparation, I gave my first post-publication presentation about Shut Your Monkey: How to Control Your Inner Critic and Get More Done. I spoke to a packed hall in Atlanta, GA at the HOW Design Live conference.

I was joined on the podium by my old pal, the Monkey.

He told me that people were bored, that my fly was open, that they saw through my fake expert pose, that this was surely the end of the road for me. Despite all that, the talk went very well and afterwards, I received lots of positive response —of course, the monkey told me that the applause just came from toadies and second-raters with nothing better to do.

This week’s podcast is all about the tapes that play in our heads that were recorded in a by-gone era. 78s that became LPs that became cassettes, CDs, MP3s, and now stream live from Spotify, but always the same old song: “You suck, you are in danger, you better watch out lalala!”

Sometimes that song was recorded before we were born, the trauma that molded a great-grand parent or an even more distant ancestor. A war, an economic crisis, a death, can mold a world-view that gets passed on through a family. We end up hearing those distant echoes long past their sell-by date and are screwed up by their reverberations.

Joining me on this podcast is Patti Digh. She’s a wonderful and wise woman,  a best-selling author who has recently been studying post-traumatic stress. We talked all about our ghosts and how to exorcise them. It’s a really useful discussion.

Do you have a ghost story? Share it with me. I am collecting Monkey Tales, stories from all sorts of people about the challenges the monkey brought them and how they dealt with them. Real stories, real moving. If you have a monkey tale you’d like to share, just go here and click the red tab on the right to record it. That would be great.

All the episodes of the Shut Your Monkey Podcast are on iTunes and will soon be on all the other places you subscribe to podcasts (as I figure out what they all are).

To hear them, you can can either:

I hope you like this episode. I hope your monkey and his/her grandparents do not.

Tomorrow is National Frog Jumping Day. So today I drew this guy. We’ll see if he jumps tomorrow.
Good dog.
This week I taught a class on Illustrated journal keeping and how to incorporate your photography and writing. Give it a try!
Three years ago, I decided to try drinking a cup of tea and drawing live on YouTube. I've done it about 200 times since. Today on Draw With Me, we rewatched the first video and I drew myself drawing myself then. It was all very meta. You can see it here: https://tinyurl.com/metadanny
Beauty.
The pandemic and the internet have done something not good to my imagination. It’s time for a healthy dose of analog. Here’s my list of resources to get my brain back to reality: https://bit.ly/RewildMe