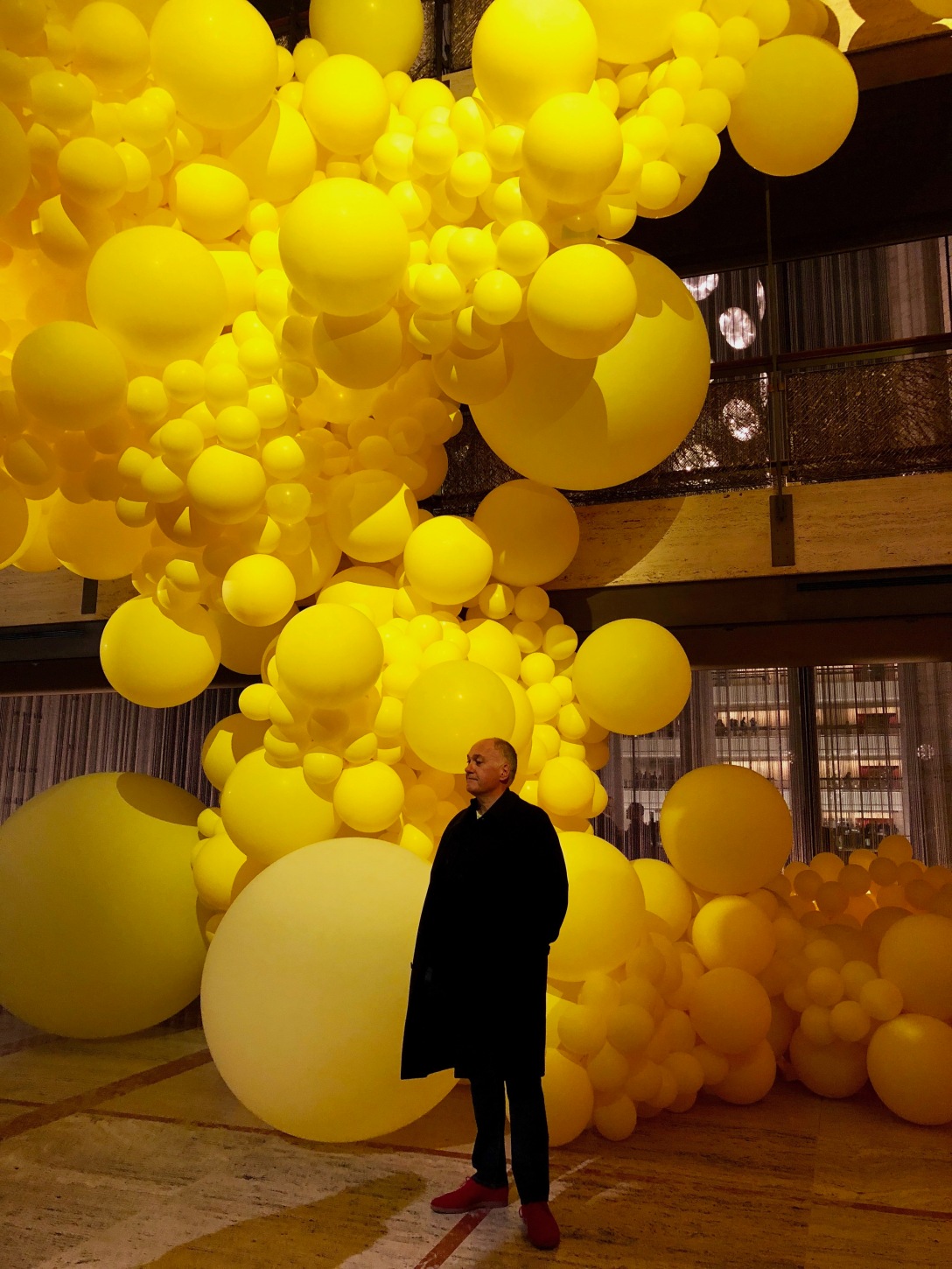 My brain has been whirring this weekend. I now have loads of things I want to make — but only one life to make ’em in.

• I am thinking of new daily projects I want to pursue. My 30-dogs-in-30-days iPad drawing project eventually reached 110 dogs, which was great fun for a while, but it’s feeling forced now and for the first time have missed several days. I am thinking of doing a series of drawings and long-text Instagram posts about my family’s history and my childhood. I spent some time yesterday looking at old photos and had a bunch of ideas. I have thought about writing on this topic before but always flamed out under the weight of it all, worrying more about how to wrangle several generations of dysfunctional people into an ongoing narrative but the idea of doing something bite-sized and episodic seems more doable and fun.

• I want to start up a podcast again. It’s been over a year since I did an episode of Shut Your Monkey and the podbug is nibbling at me again. I am thinking I’d like to do a chatty podcast about art making, probably under the Sketchbook Skool umbrella, kinda of like an audio version of the Zine we’ve been doing. A great new issue of the Zine comes out next week, by the way. I wrote a lot of it. (If you haven’t subscribed yet, get on it.)

• I just signed up for a mysterious creative camp for this summer and I am excited and super curious about that.

• There are only a couple of weeks till Illustration Nation begins at SBS and I have been thinking alot about what project I want to spend a month on. I like the idea of making prints or a book or magazine but am not sure what to do with the things I make. Maybe I’ll give them to you.

• I have been working on a short-film series on and off for the past year and I think I am now ready to release it. I’ll do so episode by episode. They’re gonna be short and autobiographical. I’m not sure why it’s taking me so long to get them done.

• I would like to do some new episodes of Sketchbook Club and now have an entire shelf of books set aside. I’m thinking of finally tackling Maira Kalman, Lynda Barry, Lapin, Eric Sloane and a few others. I’ll try to get one done in the week to come.

• I have three new shoots with artists scheduled for the next month and I’ll be travelling to Atlanta, then Charlotte and finally Nashville starting in ten days. I have been preproducing these for the last couple of months and I can’t wait to get out there, work with some new artists and film crews, and make some cool stuff.

• Koosje and I have been working on a new kourse that we are calling “Zillion” for short. We have begun filming and it has been so fun to work on a new kourse and to collaborate creatively with my partner.

• I was invited to do two keynotes in Washington DC — and they are major. The audience is super-important and not the usual sort of folks I talk to so I am eager to do something interesting. I am contractually not allowed to say who it is, alas, but let’s just say they are in Washington and work in a large building with flags on it.

Weekends are meant for relaxation so I tried turning my brain off last night by watching a movie. But The Square was the most amazing, brilliant, hilarious, thought-provoking film I maybe have ever seen and so it filled my dreams with monkeys, piles of gravel, and angry children. What an incredible work of art!

Today, I will make some stew and probably not watch the Super Bowl. Maybe the Puppy Bowl instead. 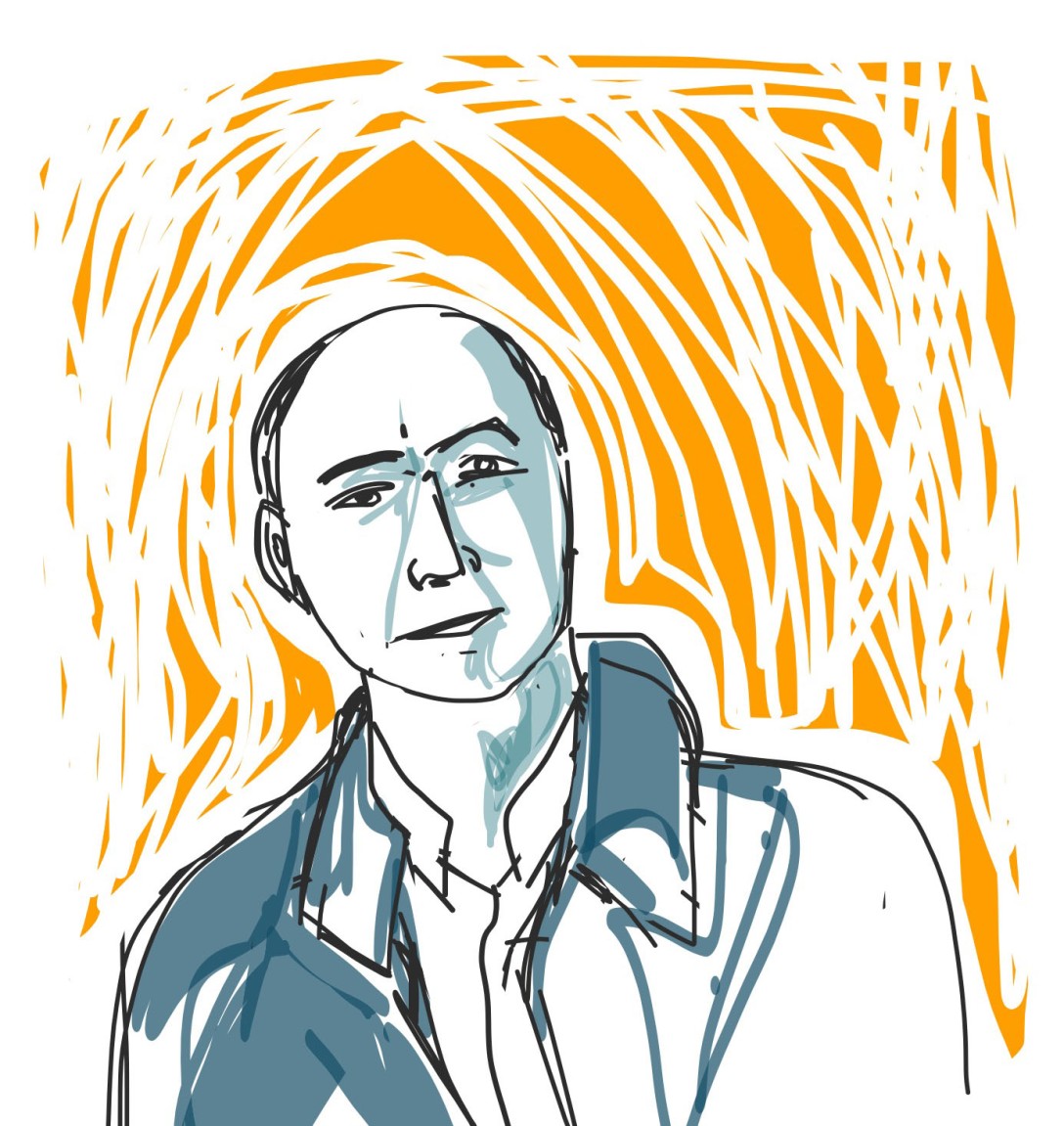 Last week I really had to project my voice. I was invited to speak to a sprawling group of several hundred creative people in nine locations in California, Texas, Virginia, Washington and New York — all at the same time!

Through the miracle of videoconferencing, I was able to talk to all of these designers at Capital One bank at the same time, while they were able to comment live on what I was saying and even share the drawings they were making while I spoke.  It was a wonderful experience for me and here’s what they had to say about it:

“Today was totally great. Your work, sense of humor and overall energy was really loved by Capital One’s Digital Design Team. They are usually a TOUGH crowd!
“Danny’s such a great speaker. He is dropping some deep knowledge! Drawing as a metaphor for life!
“I’ve never been a draw-er, but he’s making me want to hit the art store on my way home.
“I love how observant and thoughtful he is!
“Mind blown!
“This is so inspirational.
“This is fantastic!
“Thank you so so much for bringing him here…”

Can we adopt this guy as our Godfather?

If you want me to speak to your company, group or school, personally or virtually — get in touch and let’s see if we can work it out.

Earlier this year, I got a lovely invitation to come out to Phoenix to talk about what I do. Jenny was born and raised there so we travel to Arizona at all times of the year to see her family and I have come to quite like the city and the desert. Besides, it was mid-winter and the idea of the desert in August had a powerful appeal.

The climate was not the only allure. Some of my pals like Jane LaFazio and Seth Apter will be there too. But most of all, it was as an opportunity to turn to a fresh page. I decided to use the invitation as an incentive to think of a whole new approach to talking to groups of people about creativity. I often present my ideas on creative blocks and the struggles we have with drawing as adults but, over the past couple of years, I have wanted to think about illustrated journaling from a different vantage point.

As part of this fresh start, I went back through every page of my illustrated journals in chronological order. From my first tentative collages and chicken scratching, through the books I bound myself, through my trips around the world, my experimentation with media, my growing confidence, Patti’s death, Jack’s departure for college, the move Jenny and I took to LA and so much more. I paged through almost twenty years of life and it was exhilarating and sobering, emotional and revelatory.

Now I have managed to turn all those pages into a brand-new story that I am really excited to present.

My presentation is open to all and the folks in Phoenix have set up a lovely evening with wine and desert and such — but reservations are filling up fast.  If you’d like to come, meet some other great creative people and see what I have concocted, I’d love to see you there.

The evening begins at 7:00pm on Saturday, August 8 MT.  To find out more and register, click here.  There’s also a Facebook event.

I hope to see you there!

Holland is the birthplace to so many artists I love. Vermeer —the original everydaymatters artist, who painted tiny moments that take my breath away. Van Gogh —the greatest self-taught artist of all, who captured the world around him and imbued it with his passion and nuttiness. Rembrandt —who was so amazing at capturing light that I scarcely bother to be inspired by him because he was on a an unreachable plain. Anne Frank —who made a humble daily journal into an immortal art piece and, despite all her hardships, said “Everyone has inside of him a piece of good news. The good news is that you don’t know how great you can be! How much you can love! What you can accomplish! And what your potential is!”

And of course, there’s Mondrian, and Bosch, and van Eyck and De Kooning and Paul Verhoeven…

And the museums! The Rijksmuseum, the Stedelijk, and the Van Gogh , which just reopened after decades of renovation.

And then there’s the cheeses, the chocolates, the Stroopwaffles, the tulips, the prostitutes, the drugs, the wooden clogs, the windmills, the dykes, the canals, the bicycles, the ladies scrubbing their doorsteps. For a country with barely twice the population of New York CIty, it’s bursting with clichés.

I am waxing rhapsodic about the Netherlands today because I have booked my tickets for a week there in mid-November. Not the loveliest time of year to be there perhaps but I did not choose it. I was invited to be a keynote speaker at the conference of The European Council of International Schools and to tell several thousand teachers of the wonders of illustrated journaling and how it can help inspire and educate the yoots of today.

Patti, Jack and I went to Amsterdam eight years ago and had a lovely time as tourists. Now I am hoping to augment my speechifying and museum going with a few encounters with Dutch sketchbookers.

If you or someone you know can fill me in on the drawing scene there or introduce me with some people who like to draw, I would be most grateful. Or, failing that, you can just recommend a decent Indonesian restaurant or a “koffiehuis“. 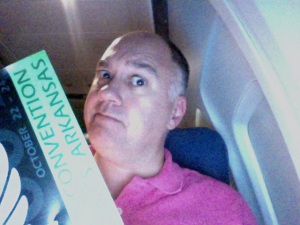 I am on the plane home from a whirlwind trip to the American Institute of Architects (AIA) annual conference in Hot Springs. I was invited to speak about drawing to a group of several hundred brilliant creative people and the honor was all mine. Last year I addressed the conference in Nashville and it was so great to get people who design and build things for a living back in touch with drawing, the very skill that first inspired them to become architects but which so many have  neglected in favor of computers.

Unfortunately I was unable to play all of my videos for the folks in Hot Springs, most of which are posted here on my YouTube site. I am so grateful I was invited to this conference and hope to have the chance to talk to more architects (and doctors and teachers and just about anyone who needs to get back in touch with their creativity).